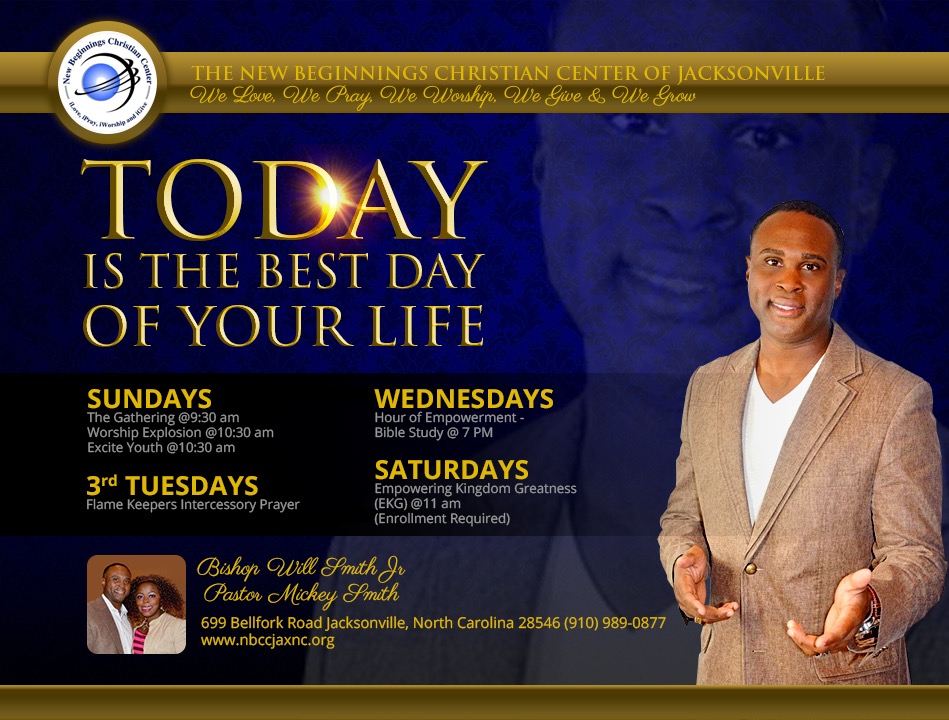 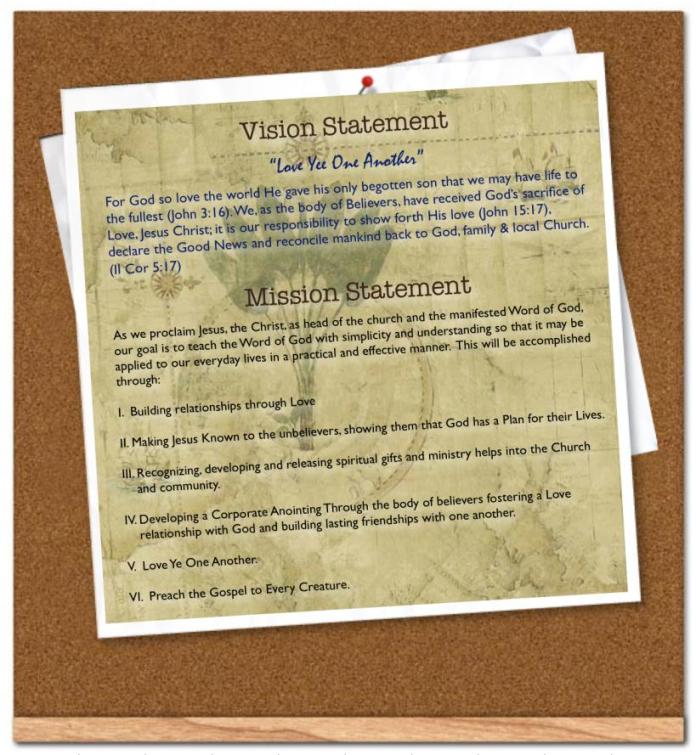 Bishop Smith is the Senior Pastor of New Beginnings Christian Center (NBCC), an exciting and growing body of Christian believers in Jacksonville, North Carolina.  His visionary leadership has inspired the Body of Christ to love with the God-kind of love.  He has been called a coach, father, and pastor of pastors.  He is the founder and director of the "Man To Man" Men's conference, and a widely known national and international speaker.

A native of Houston Texas, he graduated with honors from National University with a Bachelor's degree in Business Administration.  He is an entrepreneur as well as a Commissioned Officer in the United States Marine Corps.

With a call on his life to the nations, his passion for ministry is reconciling the lost back to God. In addition to leading the local church and pushing the local outreach ministry “Kingdom Builders Outreach Ministries”, Bishop Smith believes that the gospel must be preached around the world. In December 2007, NBCC co-sponsored the construction of an orphanage in Kenya and in 2008 New Beginnings Church International was established in Metro Manila Philippines.

He is married to Elect-Lady E. Mickey Smith, 20 + years and they are the proud parent of their son Dawnoven D. Smith. In March 2008 they where awarded the Honorary Doctrine of Divinity from United American Baptist Bible College and Seminary.

Bishop Smith believes in empowering the body of Christ with the word of God expressing God’s love through his exciting ministry.  He truly lives by the motto, "Today is the Best day of the Rest Of your Life".

Being married for 21 years, the Smiths share their union with an awesome young man of God, Dawnoven, age 18.

Pastor Mickey is a woman of honor who seeks to hear the voice of the Lord to release the prophetic sound (through teaching, preaching, or songs from the Lord) to the nations.  The Lord has anointed her in the prophetic/pastoral responsibilities in the Kingdom and she attributes her christian growth to prayer, praise and worship.

She actively serves as the operations pastor and member of the True Worshippers & Prophetic Psalmist worship ministries.

Pastor Mickey is continuing her educational goals via her second Masters of Arts in Pastoral Counseling: Life Coaching at Liberty University.

Although Pastor Mickey has received an honorary D.Div in 2008, on January 9, 2015, she was awarded her Doctorate of Sacred Music, D.S.M., she has been accepted as a campus professor of the Carolina Theological Institute and Seminary as well as Empowering Kingdom Greatness Ministry Training Institute located in Jacksonville, NC. 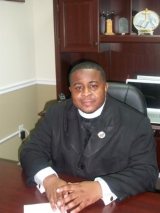 Anthony L. Proctor, was born on September 5th 1972 in Tallahassee Florida. He atttended Testerina Primitive Baptist Church under Pastor G.V. Hill until he graduated from Leon High School in 1990. While serving under Pastor Hill he held numerous leadership positions, to include Youth Sunday School Teacher, Senior Youth Advisor, Junior Pallbearer, Youth Usher, and his most noteable position as Youth Vice President of the Old West Florida Primitive Baptist Asssociation where he served from 1984-88. He was instrumental in the implementation of the Annual Youth Sunday School Convention that provided a conference where the youth could worship and praise God in a manner that was conducive to their age setting that was separate from the adult setting.

Insightful, Motivational, Timely, and Cuting Edge are just a few ways to describe the ministry of Pastor Anthony Proctor. The Anointing on this young mans life provokes edification in the Body of Christ. Through the use of expository teaching and revelatory preaching Pastor Proctor sparks new found excitement in the Word of God.

Upon graduation from Leon High School, he joined the United States Marine Corps, where he served for 15 faithful years until he was medically retired May 31st 2006. Through many operations and overseas tours, and deployments Anthony found himself in Okinawa Japan in 1997 where he accepted his calling into the ministry. He immediately under went two years in a comprehensive Minister’s Training Course under the tutiledge of Apostle Charles A. Daniels. Anthony served in the following areas:

In May of 2001 upon military orders he left Okinawa Japan enroute to Camp Lejeune North carolina where he reconnected with Apostle Charles Daniels and Pastor Theo Dawkins. He was instrumental in assisting Apostle Daniels in the starting of New Beginnings Christian Center of Jacksonville North Carolina, which started in his living room. He is curently serving under Senior Pastor Bishop Willie J. Smith serving in the following areas.

He is a highly sought out inspirational teacher and motivator who has taught in several settings both locally and internationally. He is a student of the Word, and is constantly seeking to learn more of God’s Word through various courses and classes. Some of the courses that he has succesfully completed are:

Bachelor’s degree in Human Resources from Touro University International in Los Altamitos California.
MBA with concentration in Strategic Leadership from Trident University International in Los Altamitos California.
Master’s degree in Biblical Counseling from Justice Fellowship International College in Garner North Carolina.
Honorary Doctorate of Divinity from Christian Bible Institute and Seminary of Spring Texas.
He is the Author of a book entitiled “There Is Revelation In Every Situation”, which is currently being sold through Barnes and Nobles.

Currently, Anthony serves as a Training Technician and Curriculum Developer for Field Medical Training Battalion- East. In this position he is responsible for testing, curriculum development, mentoring and monitoring instructors, and overseeing the Instructor Skills Development Program.

He married the former Elder Erica F. Cotton of Tallahassee Florida on April 3rd 1993. They have been married 20 lovely years. They have been blessed with two beautiful children Aneica 20 years old and Anthony Jr. 17 years old. 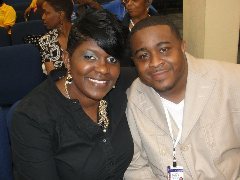 Born on September 24, 1974 in Tallahassee, Florida.  She attended Miracle Temple Holiness Church under Bishop John Henderson since 1983.  While serving under his leadership she received salvation and was baptized.

In 1992, she relocated to Jacksonville, North Carolina where she attended Cheveux School of Hair Design.  In 1994, she completed her courses and earned her cosmetology license.  She has since practiced hair design and continues to be a leader in the industry.  Since 2005, she has  co-owned and operated Hair 360 Salon. Through her marriage to Anthony Proctor she was at various military duty stations.  In 1998, while her husband was stationed in  Okinawa, Japan, she accepted her calling into the ministry.  She underwent comprehensive training to include the Ministers Training Course.  Under the leadership of Bishop Charles A. Daniels, she served in the following areas:

She has been married for 20 years to Pastor Anthony L. Proctor of Tallahassee, Florida. They have 2 beautiful children, Anecia-20, Anthony Jr.-17.